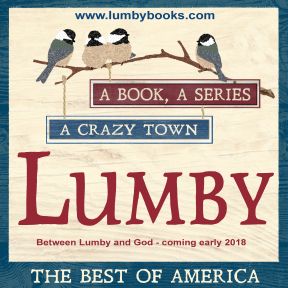 With the political firestorm burning a little too hot for comfort, I have escaped to Lumby and am buried deep in Between Lumby and God (book #7).  So far, I love the backdrop of the grand old church that sits abandoned at the end of West Main Street, and the plot arcs surrounding it. A lot of mystery, romance and fun. And, of course, there’s Hank, who is dead-set in having his own blog so his “fowl” voice can be heard in support of Lumby’s own version of the Highland Games.  The structure is finished and I’ve put a good dent in the detailed outline. Since I don’t want any spoilers, we’ll need to wait until after June 1 when Lost in Lumby will be released (and hopefully enjoyed!) before I share any of the storylines.